Over the years, the Cheshire Woman Award has hosted a number of Honoured Guests and Speakers. Below is a list of past speakers that will be updated each year to accommodate the wonderful women who take the time out of their schedules to acknowledge our winners. 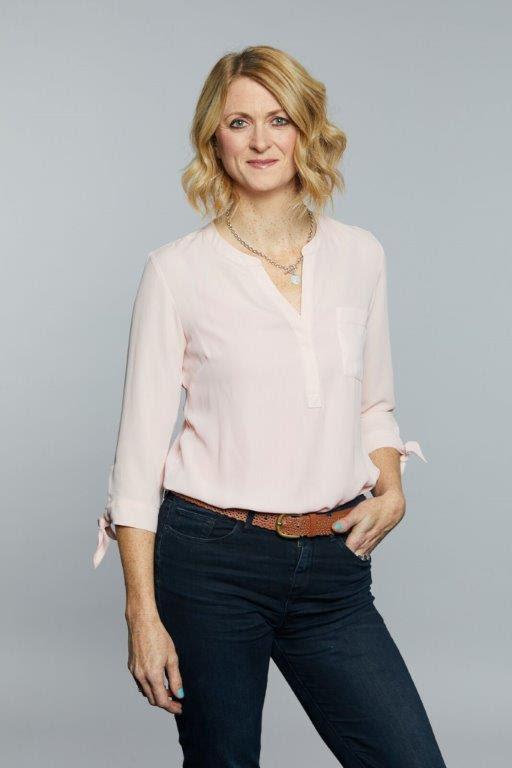 The Cheshire Woman Award Committee is delighted to welcome Rachel as our guest for the first time. It has become somewhat of a tradition for presenters from BBC North West to join us at the annual awards ceremony. We are extremely grateful for their support and delighted that 2022 is Rachel’s turn after the somewhat enforced break during the past 3 years!

Rachel was born in Marlow, Buckinghamshire. Her mum worked full time looking after five children, and her dad was a journalist. Rachel has always had a love of radio and after studying history and politics at Trinity College, Dublin, she went on to complete a Broadcast Journalism Diploma at Cardiff University.

Her first job was at BBC Radio Suffolk and she has worked for the BBC ever since, with a stint at BBC Radio Bristol before moving to Radio 5 Live in 2003. Rachel has hosted the Breakfast show since 2010 for which she and her co-host won a Gold Aria award in 2018. She has travelled widely for the network, broadcasting from Rome, Dublin, Kenya, New Zealand and South Africa…. and her spare bedroom earlier this year when she had Covid!

Rachel moved to Cheshire in 2011 when the BBC relocated to Salford and lives surrounded by countryside with her husband, four children, a cat and a dog. As a very busy working mother, Rachel is perfectly placed to appreciate the achievements of the remarkable women here today. When she’s not working, Rachel can mostly be found walking through the fields near her home, in the local pub, or at Sale Sharks rugby club. 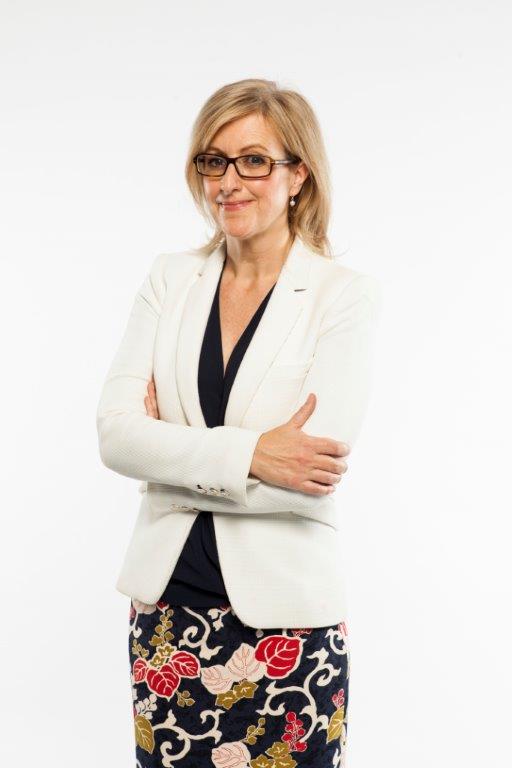 I’m a reporter with BBC Breakfast. Britain’s most watched breakfast TV program with almost 7 million people tuning in each day. I’m also a mum of three mega boys, Jim (9) Gil (6) and Ted (4). They are the reason I’m probably the most dishevelled looking face on the box. Life is chaos! I’m married to a Scotsman Scott, who I met on my first day at Liverpool University where we both studied politics. We’ve recently moved back to Cheshire where I was born and we live in Neston which we love.

My Breakfast job is so varied. In the past few months I’ve challenged Government Ministers about imminent education cuts – set to be worst in Cheshire; travelled to Antigua as I followed a group of working mums as they became to oldest to ever row across an ocean; highlighted the plight of children trapped in an inadequate underfunded care system; featured a wonderful scheme in Cheshire to help bereaved women fill the void left by their husbands death by learning new skills in the Men’s Shed; and I spent a month looking at a funding crisis in the Hospice movement. No two days are the same and it is a privilege to meet so many interesting people.

I’m very honoured to be the holder of two Royal Television Society Reporter of the Year Awards for my previous work with BBC North West Tonight. I was also named the Consumer Affairs Correspondent of the year by Trading Standards bodies, for my work exposing conmen and frauds. My career began working for the Liverpool Echo group before becoming a video-journalist and later joining BBC Radio Merseyside. One of my first ever stories as a journalist was to warn parents of a peril they hadn’t yet heard of – The Internet. An indication of how long I’ve been in this game!

I generally can’t believe my luck at having such a cracking job and lovely family. The BBC Breakfast team are officially the nicest bunch in national television news. In my spare time I pick Lego and dirty clothes up off the floor, play the occasional board game, cycle to Parkgate and drink wine. 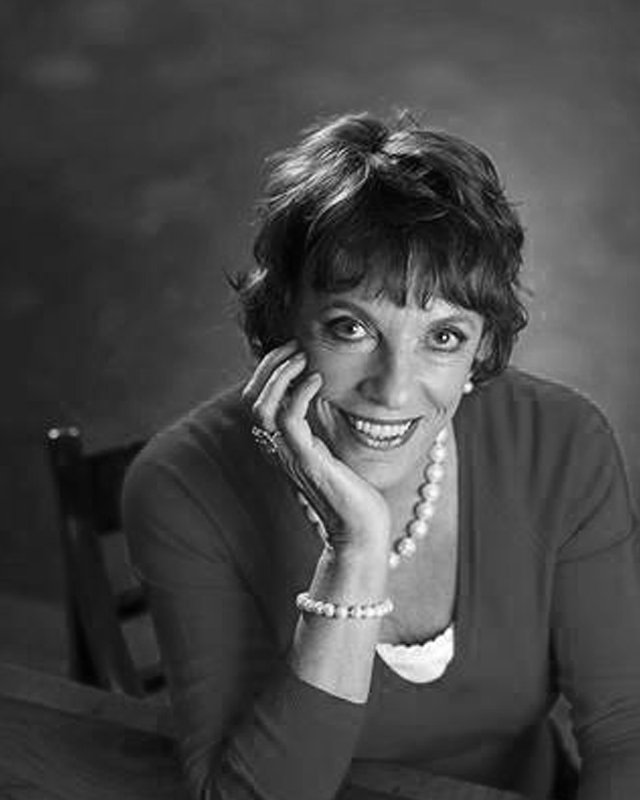 Esther Rantzen was born in Berkhamsted in Hertfordshire and graduated from Somerville College Oxford with a degree in English. She joined the BBC as a sound effects assistant in radio. She then became a researcher in television and in 1968 became a researcher/reporter for Bernard Braden’s consumer programme “Braden’s Week”.

When Bernard Braden went back to Canada in 1973 Esther became the producer/presenter of the consumer programme “That’s Life!” which ran for 21 year and drew audiences of over 18 million. It achieved fame (and notoriety) for its talking dogs, Jobsworth Awards and also campaigns on behalf of abused children, organ transplants, safe playgrounds, hospital patients and to provide justice for consumers. She also created the documentary series “The Big Time” which discovered singer Sheena Easton. She invented the Children of Courage segment of Children in Need, also “Hearts of Gold” which ran for seven years honouring unsung heroes and heroines.

For seven years she presented her daily talk show “Esther” on BBC2, and “That’s Esther” on ITV (with co-presenters Lara Masters and Heather Mills). She has made a number of pioneering programmes on child birth, mental health, drug abuse and child abuse (in the campaigning series of programmes “Childwatch”). In 1986 she invented the concept of ChildLine (the children’s helpline which was launched on “Childwatch”) which she then chaired for twenty years. She is currently President of ChildLine, is a trained volunteer counsellor and is a Trustee of the NSPCC since its merger with ChildLine in 2005. She is a Patron of a number of other charities including the Red Balloon to recover bullied children. She is President of the Association of Young People with ME, which she helped to found.

She has received a number of awards including the OBE for services to broadcasting and the CBE for services to children. She received the Royal Television Society’s Special Judges’ Award for Journalism and was received into their Hall of Fame. In addition she received the Dimbleby award from BAFTA (the first woman to receive it), the Lifetime Achievement Award from Women in Film and Television and the Snowdon award for services to disabled people. She has 5 honorary doctorates and has been made an honorary Fellow of Somerville College. She has appeared in “Strictly Come Dancing” for the BBC and “I’m A Celebrity Get Me Out of Here” for ITV. Recently she stood at the 2010 General Election as an Independent candidate for Luton South.

In 2011 she published her book “Running Out of Tears” (The Robson Press) to celebrate ChildLine’s 25th Anniversary. 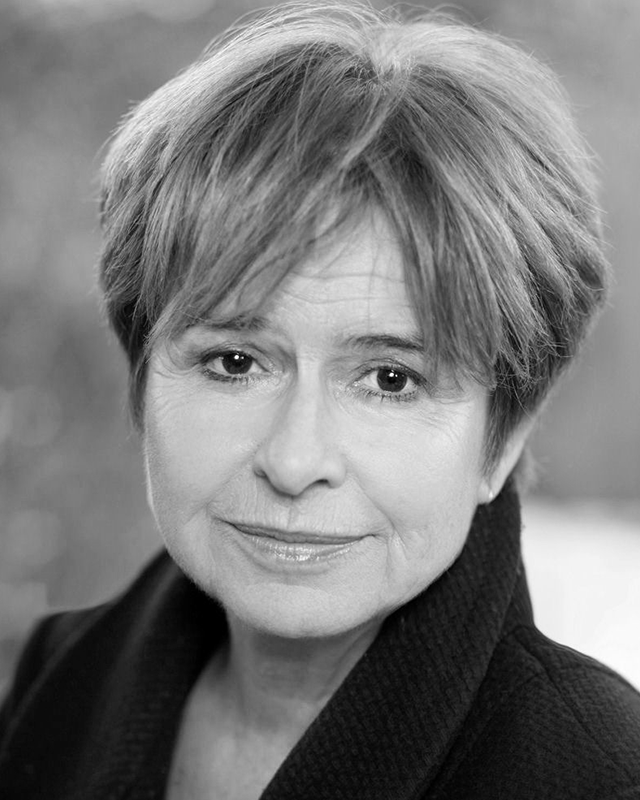 Although she’s originally from Glasgow and trained at RADA, where she won the Emile Littler Award, Brigit has lived in Cheshire for many years. Now happily settled in Broadbottom, she hasn’t lost touch with her friends in Mellor where she once lived. She is still president of the Mellor March which has been going for twenty years. It’s a twelve-mile walk of the Mellor boundary and has raised huge sums of money for charity – mainly cancer charities. Brought up in a musical family, Brigit is an accomplished cellist and tries to practice every day.

On television Brigit is probably best known as Thelma from Whatever Happened to the Likely Lads for the B.B.C. Her extensive television work covers five series playing Francine Pratt in Playing the Field for Tiger Aspect; two series of Tom, Dick and Harriet for Thames Television; two series of The Practice for Granada Television; two series of Sharon and Elsie for the B.B.C. But her favourite role was in Playing the Field opposite the wonderful Ricky Tomlinson. Brigit played his wife and says that she was such a horrid person to play but great fun. She played a small role in Coronation Street as Ken Barlow’s date Babs Fanshawe, which she says was fun.

Brigit has also played Thelma in a feature film of Whatever Happened to the Likely Lads for E.M.I.; Stanley’s Vision a Channel 4 film and Kay Mellor’s film Fanny and Elvis. Brigit also works extensively in radio.

Family is very important to Brigit and she’s most proud of her two children. Her son Ben is an accomplished engineer and her daughter Zoe is writing a screenplay as well as a play with roles for them both. Brigit and Zoe have performed together before in a Studio production at The National. 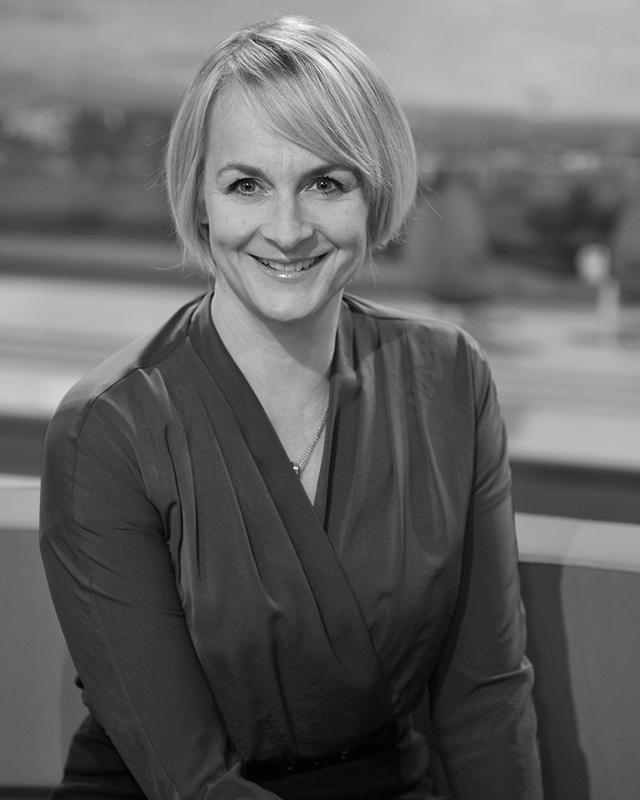 Louise presents Breakfast on BBC One, the UK’s most watched Breakfast programme. She is also a guest presenter on BBC Radio Five Live and a reporter on The One Show on BBC One. Before joining Breakfast full-time in April 2012, Louise was one of the BBC News Channel’s main presenters and also regularly presented the BBC One O’Clock News.

In 2009 Louise was one of 12 celebrities who took part in the BBC’s “Around the World in 80 Days”. She travelled from Mongolia to Los Angeles with BBC Breakfast co-presenter Bill Turnbull to raise money for Children in Need.

She studied Spanish at St Andrews University and then went on to do a post-graduate diploma in Radio Journalism at the London College of Printing.

She is married with two daughters and lives in Cheshire.

Louise Martin is the Archivist and Records Manager for the Eaton Estate. She started working at Eaton in 2008 and in the last 13 years, has worked at the Liverpool, Staffordshire and Cheshire Record Offices.

At Eaton she runs the modern records management system for the estate and deals with the historic archive collections which date from the 12th century up to the present day.

Her work involves reviewing modern records created by the organisation, cataloguing new accessions to the archive collection and answering enquiries from colleagues and members of the public.

Get your thinking caps on and let’s acknowledge those unsung heroes in your friends, families, communities or at work.